TEDxKazimierzLive - The Age of Amazement

You would like to be part of TED2018 and to be among the first who have an exclusive access to new TED talks, but don’t have an opportunity to be in Vancouver? We have the solution for you! During TEDxKazimierzLive 2018 we will show ‘selected’ talks from TED2018 through a webcast and bring the TED Conference experience to Cracow.

The astonishing group of speakers will share bold ideas, tough truths and jaw-dropping creative visions at TED2018. Learn more about different sections of the upcoming conference.

During TED2018 - The Age of Amazement each speaker will bring us visibility into the key developments driving this future, from jaw-dropping AI to glorious new forms of creativity to courageous advocates of radical social change. The exciting speakers' lineup include critics and skeptics, but also the quiet heroes driving ideas we can rally around. And through it all, we will seek an exciting and insightful way forward.

We will show ‘selected’ talks from the main TED2018 conference. The program will include 9 individual session. 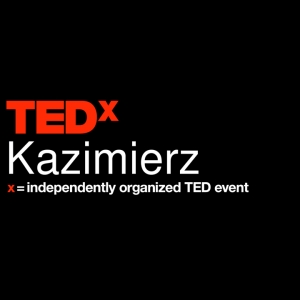