Konrad Malawski
Opis:
Kolejna IT Akademia j-labs w Krakowie. Trzeci rok naszych wykładów zaczynamy mocnym wejściem! Zapraszamy na wykład Konrada Malawskiego: Reactive – more than just Streams.
Fact: Reactive Systems are taking over the world. Ever since the Reactive movement was well-defined in the www.reactivemanifesto.org libraries as well as entire organisations started embracing this concept. For example libraries like Play or Akka have been embracing the asynchronous nature of Reactive apps and messaging at their core for years. All in pursuit for a better way to build scalable, resilient and fast applications. One of the results of this are Reactive Streams, started out by Lightbend late 2013 which started out as a collaboration between a number of companies, and eventually ended up a part of the upcoming JDK9 release. In this talk we'll talk about what Reactive is, what aspects it has and how Reactive Streams (reactive-streams.org) is a great building block but not the whole story. Examples will be using Akka, but no knowledge of the library is required beforehand, and the concepts we'll talk about relate to software design in general, not only a single library.
Wykład odbędzie się w języku polskim.
Akka hakker @ Lightbend, where he also participated in the Reactive Streams initiative and implemented it's Technology Compatibility Kit. Konrad is a late-night passionate dev living by the motto "Life is Study!". His favourite discussion topics range from distributed systems to capybaras. He has founded and run multiple user groups (Java, Scala, Computer Science, …), as well as the awesome GeeCON conference, in Poland. Other than that, he maintains a number of Scala tools (such as sbt-jmh), and frequently speaks on distributed systems and concurrency topics at conferences all around the world. In those rare times he's not coding, he spreads the joy of computer science by helping local user groups and whitepaper reading clubs. He also holds number of titles, the most fun of which being Java One RockStar 2015.
Uczestnicy (1): 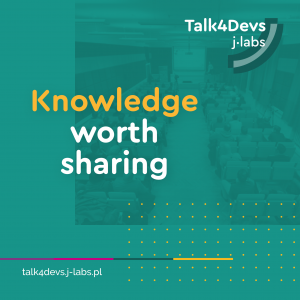