Java appeared on the market in 1995, so it is already 24 years old. Since that time, many more modern languages have appeared. Most of them did not have a major impact on the popularity of Java (especially on the server-side). In 2009 however, Go appeared, which in many solutions began to displace Java. At the presentation, I will try to introduce the language, which conquers the world of cloud-native applications. I will talk about some of its advantages over Java and also about the allegations of this language, most often cited by programmers working with "more advanced" languages such as Java ;)

“Stay Hungry, Stay Foolish”… and see you on my presentation!

I’m a software engineer with over 13 years of commercial experience. From the beginning of my professional career, I was mostly a backend developer using Java on server-side. For last ~5 years, I’m nearly Full-Stack Developer (yeah, UI is not my strong point :P), and I develop microservices in companies with DevOps culture, and teams huge independence. It gives me an opportunity to try out many different technologies, and gave me a possibility to use other languages like Scala, NodeJS or Go. Especially the last one seems to be really interesting, and is at the center of my interests right now. 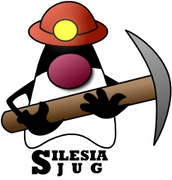