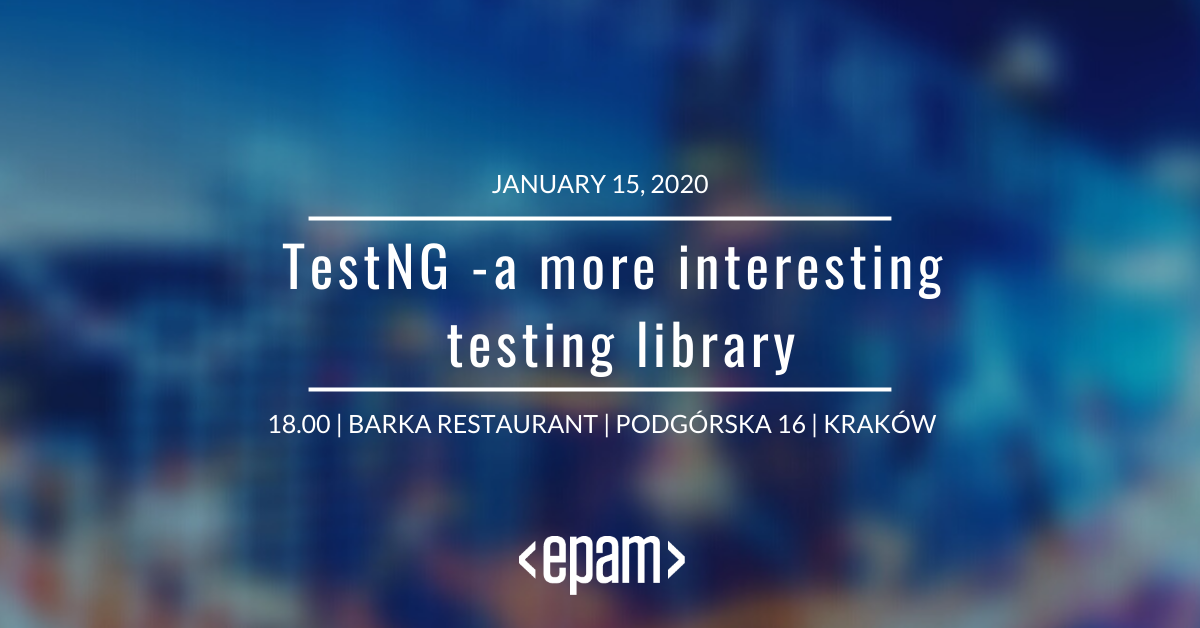 As EPAM we want to share the knowledge and engage more with Java developers, give back, learn, and through that grow. Let's talk about Java and engage with subjects and news that are intriguing or just fun to share.

JUnit - after a long time of silence - was transferred under a team of people and got version five. You can, for instance, have parametrized tests at last. OK, nice. So what, are we even with TestNG? Well. No... not really.

Parametrized tests, generating tests via tests, soft assertions, controlling test execution or results programmatically and via XML and via annotations, ordering test methods, test methods dependent on other tests methods, unless despite this dependency they need to execute, group of tests dependent on other group of tests - except if we don't want some tests to be dependent because we so fancy, moving a method from a group higher in order of execution of all tests methods, skipping tests in the code due to some conditions and - if time permits it - plugging in and modifying test execution on the fly, intercepting test results, better reports or auto-customization of test reports or multithreaded tests.

These aren't NEW features. These functionalities are long present, available for years, battle-tested, mature. Most of these I could use with TestNG on JDK7. I'd like to tell them about these and also demonstrate a few chosen ones.

With that done we invite everyone for networking.